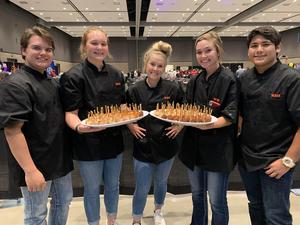 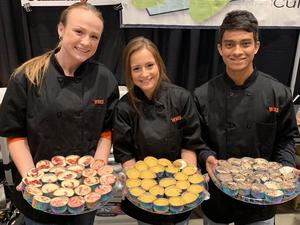 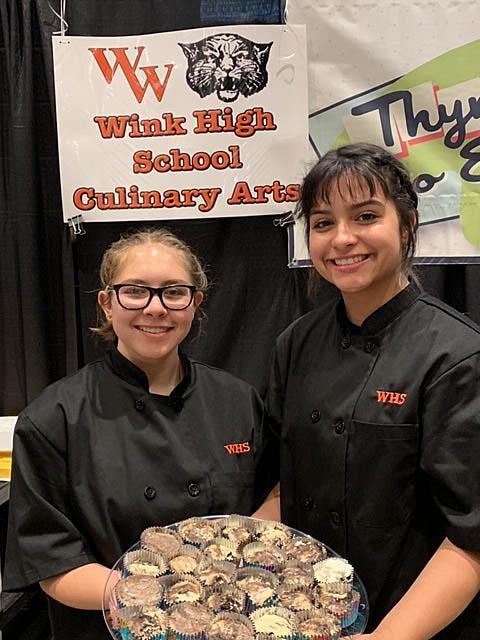 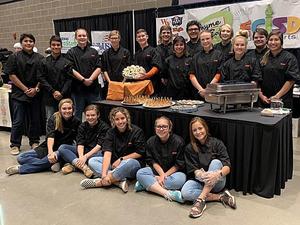 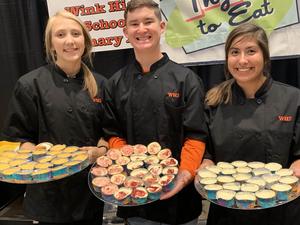 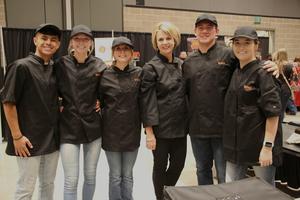 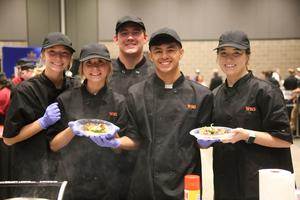 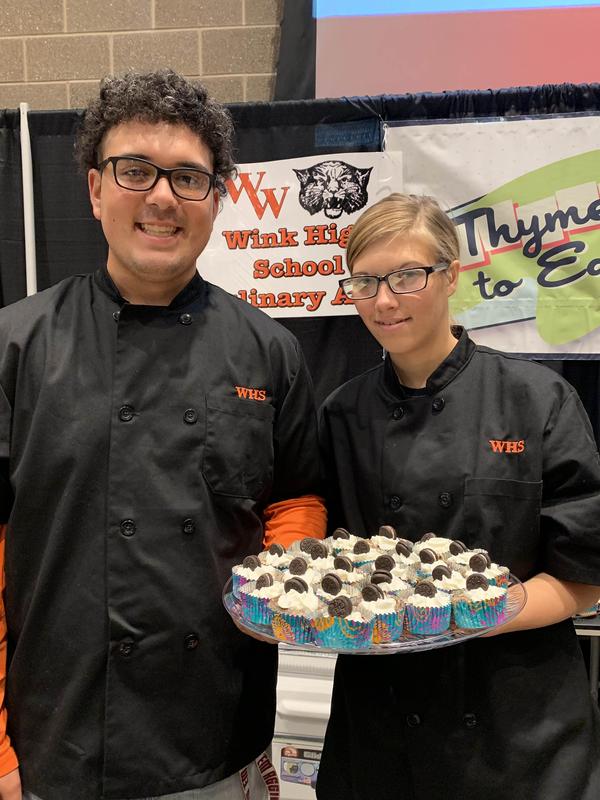 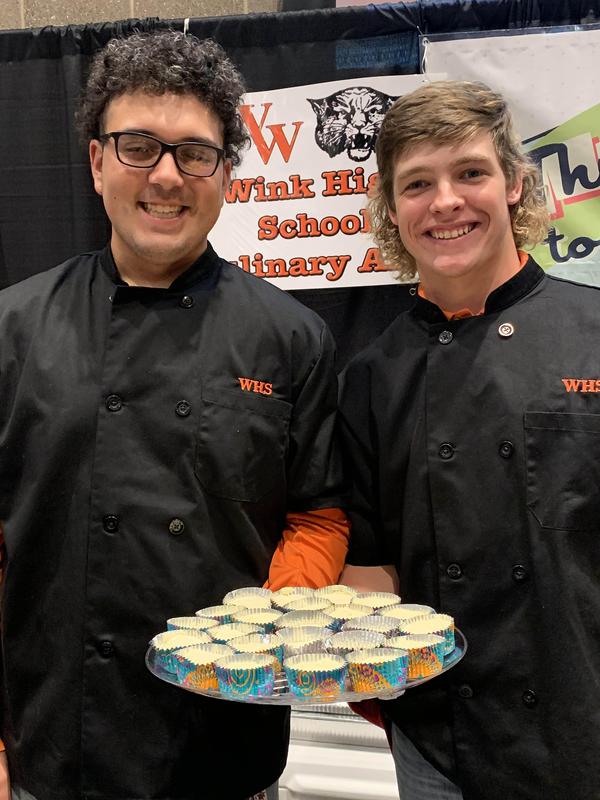 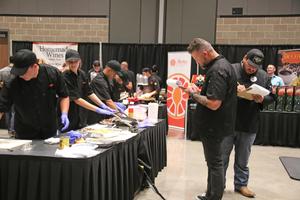 The Wink High School Culinary Arts Program is responsible for many of the catered events that take place at the school. They cater hospitality rooms for various sporting events and UIL academic events, as well as cook for school board meetings. Their two major dining projects revolve around the planning, preparing, and serving of both Christmas and End-of-the-Year Parties for WHS teachers. The Culinary Arts classes also sell pies at Thanksgiving and cheeseballs at Christmas. This year, they will be hosting an appreciation dinner for all of our law enforcement agents, our volunteer fire department and first responders as part of their FCCLA Community Service project.
The grand finale of the school year will be a “Taste of Wink High School” event, which is patterned after the Taste of the Permian Basin. Students will prepare food items for the student body to enjoy throughout the day.
Mrs. Warren knows of two or three students throughout her career who have left Wink High School and landed in a culinary profession. However, most of her students take it for the enjoyment of cooking and catering and end up pursuing other degrees and occupations beyond high school.